We are a medium-sized company based in the German state of Brandenburg and have been producing traditional building materials since 1840. Back then, at the Krahnepuhl brickworks using our own clay reserves, yellow clinkers were fired in the ring kiln and were mainly used in the centre of Berlin. Later, from 1973, lightweight concrete hollow blocks were produced for housing and agricultural buildings.

After modernisation of the entire production facilities, the products LIAPLAN® wall blocks, OCTAVANT concrete blocks and LIAKUSTIK sound absorbers were launched on the market in 1992.

As of 2007, initially under the company name of Bausteine Briest GmbH, the same team under LIAPLAN Nord GmbH manufactures all brand products on site, constantly continues to develop them and markets them. Our production plant is situated in Havelsee, in the locality of Briest-Krahnepuhl in the German state of Brandenburg, district Potsdam-Mittelmark, and is approximately 6 km northwest of the city of Brandenburg an der Havel. Alongside our own transhipment port on the river Havel, including a crane, the plant has several modern production halls, dry storage facilities and material stores.

The site premises also feature the publicly accessible, purpose-built world record building, which caused a stir as it entered the Guinness Book of Records in 1998 after the building shell was constructed by 10 builders from the very first LIAPLAN block to the final piece in 5 hours and 25 minutes. Training and consultation sessions for builders and experts are regularly carried out here.

The new wall block system LIAPLAN® Ultra 08, made from the natural building material Liapor, enables hugely economical and energy-saving construction without additional insulation and thereby contributes to protecting the environment 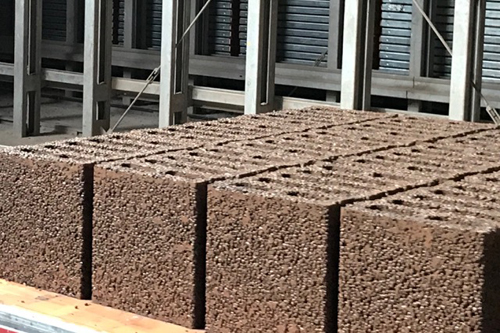 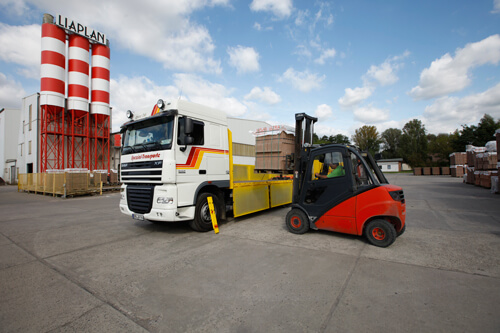